Ever met a truly great persuader?  The archetypical, “Could sell ice to Eskimos”. 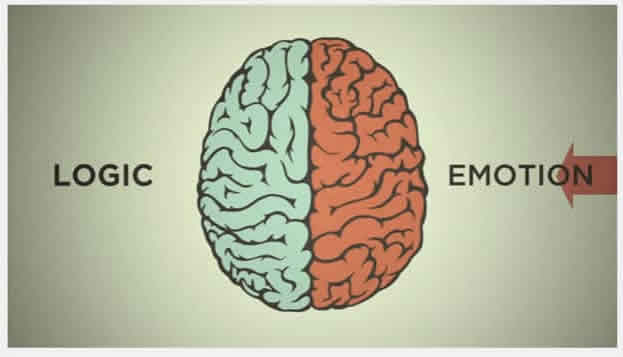 You might think they’re great salespeople, but the irony is you can’t actually sell anything to anyone.  People only buy because they’re convinced it’s in their own best interest to do so.

Given this, masterful persuaders help you answer four questions for yourself in this order.

Why should I listen to you at all? And why right now?

What information do I need to have satisfied to take the action you want me to?

How will following your recommendation work for me?

What possibilities will open up for me if I go down this route?

Now they could drily ask these questions, but that would only engage the logical brain.  And we all know that we primarily buy on emotion and justify with logical arguments as to why we took the action we did.

Enter the realm of story.

A couple of weeks ago, we wrote about how leading charities used powerful, real life stories to emotionally engage with donors, so we pulled out our wallets and helped.  You can read about it here.

But what if you’re selling a product like a GPS?  It’s a commodity item, so what’s going to engage someone?

This is a true story – it happened quite a few years ago when GPS’s weren’t that common.

We were down on Kangaroo Island – south of Adelaide. If you’ve ever been there you’ll know that 99% of the roads are dirt, there are almost no street signs and everything is surrounded by bush. You come across two, three and even four road intersections with no street names and have absolutely no idea where you are and which direction to take.

The only map we had was a simple tourist guide with one of those stylised drawings with only the major roads named.

We’d taken a day trip from where we were staying (right at one end) to the other to see sea lions.

We’d spent longer than we thought out there and as we drove back to our B&B, it was getting dark. We’d agreed with our hosts to be back by 7:30pm for dinner so thought we’d take the “shortest” route as shown on the map.

Along the way you’d find objects which you could pick up, but until you found the secret combination of “Drop wand; pick up cage; release bird” you were doomed to forever roam the passages.

Driving the dirt roads in pitch darkness was just like that.

Barbara’s Mother in the back was getting more and more worried. Barbara and I were holding back at snapping at each other and trying to act calm to not worry her further! Our phones didn’t work (thanks Vodafone) and there was no way to tell our hosts we were going to be late (and yes, they were worried).

Until we programmed the GPS. Imagine our collective relief when it picked up our location and unerringly guided us back to our B&B, late, but in one piece.

Without that GPS we might still be lost somewhere in that maze. There’s nothing quite like the stress of having a deadline, not being able to let people waiting and worrying that you’re okay and not knowing if you’ll get there this side of midnight!

The GPS not only got us back but saved a great deal of emotional upheaval. And while we’ve never been in another situation as bad as that, we know that the GPS will give us a get out of jail card should we find ourselves in a similar situation again.

<Aside> Years later I know better to blindly trust a GPS.  You could end up in some very odd/dangerous places.  But why spoil a good story J

And in case you’re wondering – that was the “What if”. How else could this solution benefit us?

I could have just said, “Using a GPS will give you directions from points A to B. You’ll not have to look at a map to figure out where you need to go.”

But let’s face it, that’s pretty dry. It doesn’t engage the emotions the way a story will. And when you read the story, you may well remember an instance where you’ve been in a similar situation. Maybe not as bad, but certainly where you’ve been lost, in a hurry to get somewhere, maybe with a young child crying in the back and you’d give anything to find a solution quickly.

In other words, you relate! And that’s one of the most important principles in marketing. Getting your audience to relate to you and to using your solution. Dry facts simply won’t cut it.

Does your marketing tell a story? Does your audience relate to you and how your solutions benefit them?

No? Engage us to create marketing and sales material for you which will not only present the facts, but emotionally draw in your prospects and generate more sales.

We can create written, audio and video material. We can structure sales presentations and train you in how to become better presenters so you get your message across and close more business.

Pick up the phone and talk to us.  I guarantee you’ll get value. You have nothing to lose and everything to gain.