Richard Branson did it. Donald Trump did it. The late Steve Jobs did it. 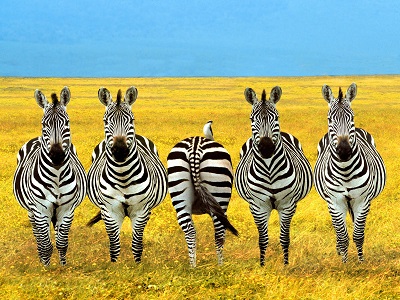 Every one of them has created an empire from nothing, boldly going where others feared to tread. Each struck out in their own direction and blasted their way into our consciousness.   Some like Branson via humour, others via outright controversy.  And none of them worried about what other people (especially their competition) thought of them.

Boldness has its own genius. Yes, people will try and copy you. It’s inevitable. But worrying about how your competition is going to react and allowing it to stop you is foolish at best and a total waste of your energy.  After all, your competition is never going to buy from you.

So what’s this got to do with you?

Well, if you’re like Branson, Trump and Jobs, nothing. If not, everything!

Many business people live in fear. They constantly worry about exposing themselves in the fear that their competition would find out what they were up to, disparage them or simply copy them.

So rather than get out there and shout from the rooftops regarding the wonderful products or services they offer, they cower in their bunkers.

Some dance with the competition. They do something, we do the same thing. So they spend all their energy copying each other rather than boldly differentiating themselves.

Others are so fearful of “compliance” and regulators taking an interest in them, they become blander and blander. Mediocrity reigns.

So what separates the greats from the also rans?

In a word… Marketing.

Look at any hugely successful enterprise and you’ll see the common thread. They’ve all been excellent at marketing themselves – getting out there and spruiking.  Putting a stake in the ground.  Saying “This is what we stand for.  We know our audience and we’re talking directly to them.  The rest of you don’t matter.”

People love them or hate them.  There is very little in-between.  Ambivalence doesn’t cut it.

Richard, Donald, Steve and a host of others have built their fortunes doing just this.  Donald became US President.

Yes, they have great products. That’s a given. No business can sustain itself for the long term without these.   But as history has painfully shown, many a company that foolishly believed great products alone were a recipe for success, are no longer.

So how should you market yourself?

The first thing you must do is decide. Decide what you stand for in your market. What expertise do you bring. Claim the preeminent position and back it up with results.

For example, a Financial Planning client moved away from bring a generalist to a specialist in Aged Care. It’s a complex area in a growing industry as the population ages. By claiming the expert position, he can market himself to people looking for assistance in this area. It’s a great differentiator from the thousands of other general providers out there.

A photographic studio client provides a very specific form of imagery for couples. They took a stand and have an extremely successful business in a field where most struggle.

Interestingly, they reject over 80% of prospects and have a marketing system so sophisticated that it would be virtually impossible to copy them. Yes, someone could offer the same service, but they wouldn’t understand the psychology and economics behind the lead generation, fulfilment and post sales service, and they’d fail.

Once you’ve decided on your “niche”, you need to tell people you exist. What it is you can do for them and the results they’ll get.

Make bold claims. Be prepared to back them up. Take a stand. Be noticed. Stop worrying about the competition and what they think. Trust me, they’re not thinking about you. They’re worried about their own problems!

So go out there and shout from the rooftops. It’s only your business at stake!

P.S. If you want help getting your story out, reply to this email and we’ll talk. We’ll help you define your uniqueness, your message and how you can get it to the right people and grow your business.