Is your team aligned to your core values?

Is your team aligned to your core values?

An organisation’s core values and culture is one of the biggest determinants of success.  It permeates every aspect and it’s your role as the 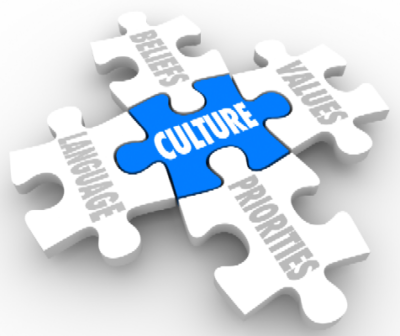 leader to define it, communicate and engender it.

Given this, when working with leaders, we ask…

What’s the culture in your organisation?  Does it promote innovation and growth?  Or are you stagnating and open to disruption?

One of the late Zig Ziglar’s most apt pronouncements was “It’s your attitude not your aptitude which will determine your altitude in life”.

I’d say Zig was half right, especially when it comes to growing your business.

When bringing on staff, both attitude and aptitude matter.

In previous articles we’ve covered the importance of having a defined accountability chart and the GWC method of selecting people for roles.

However, the missing piece is cultural fit.  Do your people all share your core values and attitudes.

Being technical in nature (professional services, manufacturing, IT development, construction), they’ve tended to hire people predominantly based on existing skill sets.  People who have extensive knowledge and expertise in their fields.

A few hire based more on finding “star” players where the individuals might not have expertise but had the raw brain power to acquire it.  A variation on this is taking on graduates and training them.

But almost none have done so with a real emphasis on core values and attitude and whether the individuals fit in to the culture.  Mostly because they’ve not recognised the importance of defining core values and the organisation’s culture.

So it becomes ad hoc, often leading to silos where there’s lack of cooperation, problem solving and the all too common refrain, “I’m REALLY frustrated!  Everything seems to sit on my shoulders.  My staff don’t take responsibility, stuff doesn’t get done on time, mistakes happen.  I’m working very long hours.   I’m tearing my hair out!”

So what’s the solution?  How do you create a culture which fosters innovation while ensuring everyone takes responsibility and accountability while pulling in the same direction?

Start by defining your core values.

Ours include responsibility and accountability, integrity and honesty, being open to criticism, customer satisfaction, collaboration and the ability to adapt.

On the surface these appear to be motherhood statements.  So for each work out the behaviours someone would experience from you if you were living these.

Now take a really hard look at your team.  How closely aligned are they?  What standards will you enforce?  What will you do with people who won’t meet your standards?

Everything is a two way street.  You have to exhibit exactly the behaviours you expect from your team.

For example, one of my major “rules” when leading teams is to require openness when things go wrong.  I say, “When you find something’s gone wrong bring it to the table as soon as possible so we can determine the impact and look for solutions.  If you leave it to the last minute, just before the project is due and we get a nasty surprise, it’s a career limiting move.”

Now for that to happen my team members have to trust that I’ll look at what happened objectively, work together to find a solution without apportioning blame.  We all make mistakes.  Owning up and then taking corrective action so they don’t happen again is key to growth.  And that goes for me as the leader as well.  Openness and taking responsibility works both ways.

Moving forward, ask yourself what your core values are.  Do you hire and keep team members based on these?

Mindset and Leadership are one of the 4 components of the RevealedResources Growth Program.

If you’re grappling with determining and articulating your core values and how to ensure your people all pull in the same direction leading to growth, we can help.

Working with us, we’ll tease out and define your core values, help you articulate them and work with your team to ensure they exhibit behaviours which align, leading to growth.