It’s international Women’s Day.  Which reminds me of a great quote from the mother of a friend who said, “Our husbands may think they’re the 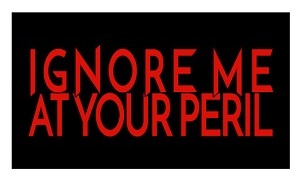 head of the family, but we’re the neck who turns them”.

Understand that in any sales situation there may be more than one person involved in making the buying decision.  And it’s often the quiet one.  The one you may ignore as they’re not saying much.

And that could cost you the sale.

When dealing with multiple stakeholders, everyone needs to say “yes”.  All it takes is one person who doesn’t fully get the value you bring to say no and there goes your deal.

Worst case of this I’ve personally seen is a $5M construction deal lost when the organisation knew 3 of the 4 players and subsequently thought they didn’t need to cover their bases with him.  Ouch!

So make sure you understand the agendas of everyone involved – both what’s good for them and their organisation (which may not be the same) and cover both.