A crisis of leadership…

A crisis of leadership…

Fires, floods, now pestilence with Covid-19.  In uncertain times as a population we’re uncertain, confused all the way to downright fearful.  And this is 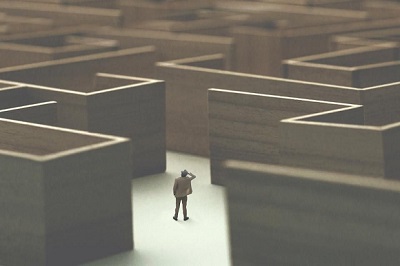 exactly when we need strong leadership.

At a country level we crave leaders who are authentic and honest.  Provide calm authority, direct, considered answers without spin.  Leaders who set a direction, communicate it and have us buy in.

Just as too many cooks spoil the broth, you can’t have multiple people spruiking different messages so confusion reigns.  There must be one leader who takes input, makes decisions and communicates them.

It’s no different in your organisation.

Realistically, there can only be one person at the top.  Where the buck stops.  Management by committee is simply not effective because of potentially competing agendas.

This is especially prevalent when there are two or more partners in the business.

For example an organisation we worked with had five partners who’d all invested heavily in the business.  Each had their own outside primary business as well.

As there was no clear leader, there was a constant tug of war with competing interests until one partner decided to take charge and got agreement from the others that he would be primarily responsible.  Over time he bought out the others and ran a successful business which he ultimately sold.

Which is why effective organisations have clear accountability charts where everyone knows exactly what they’re responsible for and the authority they wield.  There are clear scorecards that detail the 5 to 10 major KPIs they must produce.

Employees know who they are accountable to.  There is nowhere to hide.  On the flip side you give people the opportunity to step up and take more responsibility.  This is particularly important for the quiet achievers.

This allows you as the leader to devolve responsibility and authority freeing up your time.  You’ll spend less time fighting fires and more time on strategic work growing your business.

A win for all concerned.

Now, there’s a big gulf between theory and practice.  It’s often extremely hard to set up lines of accountability and ensure the right people are in the right roles if you’ve grown organically.  Often people are in roles they’ve fallen into, but are not really suitable for, inhibiting growth.

Engage with us to specifically review your accountability and responsibility structure, ensuring the right people are in the right roles.

We’ve proven over the years that doing this makes a hugely positive impact on productivity and profitability.