This is key to your business growth…

This is key to your business growth…

It’s the first week of 2017.  Many of you will have set new year’s resolutions.  All the things you’re going to do differently. 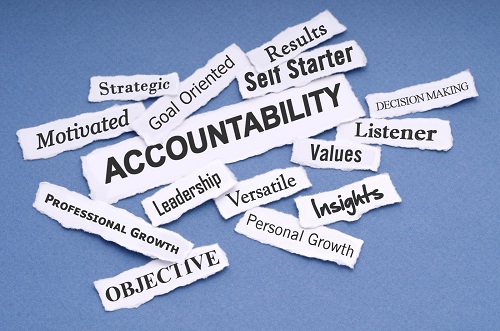 But I’m willing to make a bet.  Most of these “resolutions” will go out the window in the next few weeks, if it takes that long.

Why on earth should this be any different in business?

Years ago I read an article from a well-known company liquidator who stated, “The number one reason small to medium businesses failed was not lack of cash flow, but lack of accountability.”

And in our experience, this lack of accountability was most prevalent in marketing.

Many business owners get into business because they love what they do.  The delivery.

But hate marketing.  So leave it on the back burner and then only do some when they suddenly realise that cash-flow has fallen and have to madly scramble to get money in the door.  But often it’s too late.  There can be quite a lag between effort and reward.

If this is you, that’s okay.  But realise that without a marketing and sales system which consistently delivers qualified leads, preferably on near auto-pilot, it’s unlikely the business will consistently produce what you want from it.

As for the rest of you, should you want to grow, consider getting outside help to create a marketing strategy and then implement it.

The key word here is implement.

Ideas are great.  But unless you put them into action and they produce results (more clients), they’re just that.  Blue sky ideas.

Which is why Barbara and I have changed the focus of our business from being “coaches” to “enablers and implementers”.

We’ve realised over the years that we could come up with ideas galore.  Clients would get excited.  But too few would actually implement them.  Usually because they didn’t have the marketing expertise.  They weren’t writers. They couldn’t create websites.  They had no clue about on-line advertising and would often end up spending a fortune with disparate providers and having nothing concrete to show for it.

So now we focus on getting things done.  Actual implementation which we control.  Every aspect of your lead generation funnel, both off-line and on-line.

Are we getting results?

A Financial Planner client got 547 leads in 3 weeks from two different online campaigns in December 2016.

Another client selling high end consulting programs to furniture manufacturers has received significant interest from his target market through a physical mail campaign which was highly targeted.  Also in December 2016.  Supposedly the silly season?

Is this going to be the year you scale up your business through effective marketing?

I hope it is.  And if you’d like our help in strategizing your direction as well as implementing an end to end marketing and sales solution, give us a call on 0414-913334 and get the ball rolling.