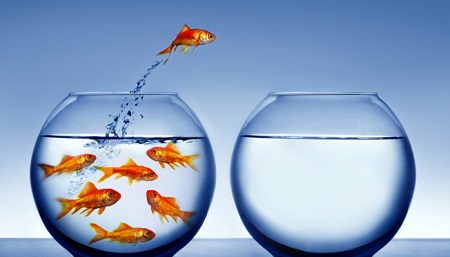 In reality, the disparity between the market leader (read singular) and everyone else has become massive.  It really is a case of winner takes (almost) all.  The rest fight for the scraps.

If you’re in the latter category, there is a solution.  Well, there are two, short term and long term.

The first should be obvious, but most don’t take advantage of it. Sell more to your existing clients. They already spend money. They know you, like you and trust you. So if you’re not extracting every last dollar from them, you’re inviting them to spend their money with someone else.

The second is a longer term blue ocean strategy where you create and target new market segments who traditionally would never have considered you.

You can learn more about the theory and find examples of how the strategy is used in the real world at https://www.blueoceanstrategy.com/.

These are great examples of blue ocean strategies.  Organisations which created new markets by targeting audiences they didn’t traditionally attract.

McDonalds who increased worldwide sales by 7% during the economic downturn by adding McCafe outlets offering up-market coffee to their existing stores.  Subsequently they moved into “healthy choices” with salads etc.  Now they’re offering a “gourmet experience”!

Cars were traditionally marketed to men.  But women have tremendous buying power!

Car manufacturer Kia raising their monthly sales to women by 44% in 2011 compared to 2010.

Nivea who traditionally targets women got them to buy skin care products for their male partners.

Nike who had 50% of the men’s fitness market but only 20% of the women’s market redesigned their shoe range to suit a woman’s needs with new designs catered for women’s different body shapes and movements, with more lines emphasizing a fashionable look.

And finally one I love. The Dove Older Woman commercial. Banned in the USA for showing too much skin – it’s one of the best ads we’ve seen.

So if you’re looking to expand your business regardless of economic circumstances which you have no control over, talk to us about both increasing your sales to your traditional audience as well as creating blue ocean strategies where we’ll help you target new markets.

Fishing in the same small pond with everyone else is simply not good business sense.